Home Company About Us Overview

The ability to dream and turn thoughts into reality, means recognizing the first concept Eustachio Braia invested in. Active in the automobile industry since 1960, he observed, studied and fulfilled his wish to set up in Matera, “the town of the Sassi” the first company in the South of Italy specialized in the production of Ignition Cables. In 1985, he began to envisage a new reality for the Braia family which would change the conception of the ignition cable, transforming it from a simple, overlooked component part into a valued and important piece of equipment. Towards the end of the 1980s this intuition led the company to introduce a range of ignition cables “similar to the original” where the products have the exact same characteristics as those fitted by the car manufacturers. The greatest satisfaction for the founder of Brecav is the role his three sons carry out in the success of the company:

Little by little the term "friend"
took the place of the term "customer".
The relationships enstablished
have an immeasurable value.
We are proud of that
Eustachio Braia
President
Antonio, the current C.E.O. and Sales Director, came into the company in 1987; Paolo, the head of production began working in 1990 and last but not least Angelo Raffaele joined his brothers in and today is the head of the import/export division. The market immediately recognized the company’s qualities which are a mix of family and entrepreneurial values that are the foundations of the company’s mission: running a successful business based on consolidated relationships with clients, suppliers, and employees, all of whom are considered a part of the Brecav family. The strength of the company, during these initial years, was its continued investment in research, employee training, company planning and customer care and its unfaltering belief in the what the company does best: make ignition cables. In 2005 Brecav began distributing direct ignition coils and in 2007 they broadened their range to include static ignition coils. This product line fitted in perfectly with the traditional core business of Brecav since, in some cases, the direct coil replaces the ignition cable. In 2009, the company entered into a joint-venture in order to directly manufacture this line of products. Today, Brecav holds a prestigious place in the domestic market and is gradually gaining a solid foothold in other EU countries and further afield.

Thanks to its extensive business network, Brecav is able to guarantee:

Brecav has been ISO certified for a number of years now and in November 2002, the company’s organization gained ISO 9001:2000 certification for the planning, production and distribution of Ignition Cables for automobiles and motorbikes, insulators and suppressors for sparkplugs and distributor caps and booster cables. We do not consider this achievement as a trophy to be shown off but rather a stepping stone towards a fulfilling future objectives for the third millennium. Brecav’s products, in accordance with art.1, paragraph 1, letter u of the EU Regulation 461/2010, meet the quality requirements relating to the use of spare parts in the repairing and maintenance of vehicles by authorized car repair specialists. 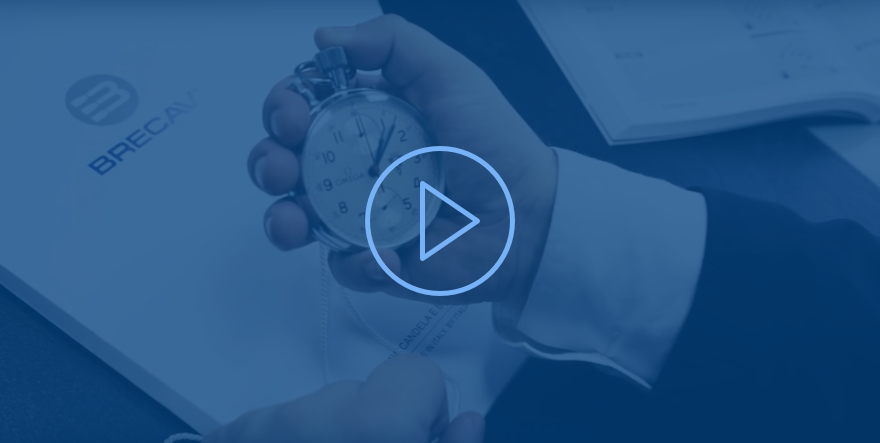 We create innovative products and services for ignition systems that, with quality, timeliness and flexibility, provide answers to the needs of the market. We believe in an entrepreneurial culture that, in respect of shared values, fosters the growth of people in a family environment.

We are a company that pursues leadership in ignition systems with strategic relationships in Italy and abroad and the diversification of markets, products and marketing methods: quality, reliability and tradition with Italian warmth.

A cohesive and motivated team of people who share dreams and values.

Brecav is first and foremost an integrated philosophy aimed at satisfying customer and market needs. Quality certified ISO 9001: 2008 for the design, production and marketing of spark plug cables for cars and motorcycles and quality certification of Brecav products corresponding to the original, according to the BER n ° 461/2010.

From the choice of raw materials, to assembly technologies, to information for the correct applications, Brecav has realized over time a project that fully expresses the "quality service".

The company in
figures